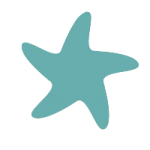 On June 20, 2019 at the 18th National Tobacco and Lung Health Conference, Khun Lertpanya Buranabandit, Director-General of the Department of Women’s Affairs and Family Development, made a public statement that garnered significant media attention.  Khun Lertpanya announced that the recently enacted Family Development and Protection Act B.E. 2562 (FDPA) could render smoking in the home unlawful as a form of domestic violence.

Enacted on May 22, 2019, the FDPA replaced the earlier Domestic Violence Victim Protection Act, B.E. 2550 (2007).  The FDPA makes several material revisions to the earlier law to enable victims of domestic violence to better protect themselves through easier prosecution of criminal complaints, immediate police protection for victims, and pathways for behavioural rehabilitation in lieu of incarceration.

The new FDPA has also broadened the definition of “Domestic Violence”.

The revised definition includes not only injury caused to life, body and mind as before, but further incorporates any actions which affect the “health” or “freedom” of other family members.  Moreover, the exception for “any acts committed through negligence” contained in the previous version has been omitted, and replaced with language that incorporates not only “intentional” actions but also any action which is “likely to result” in injury.  This would remove “intent” as an element of the crime.

Based on the above revisions to the definition of “domestic violence”, Director-General Lertpanya indicated that even smoking at home can fall within said definition, since smoking is proven to likely to cause injury to the “health” of family members through second-hand and even third-hand smoke.

For those unfamiliar, new studies show that even in cases where persons do not smoke in the presence of others, the residue of toxins and carcinogens from smoking remain on surfaces.  This residue can indirectly cause injury to others who come into regular contact with such contaminated surfaces.  Infant children are most affected, with reports alleging that their growth can be stunted as a result of this “third-hand” smoke contamination.

More information on third-hand smoke can be found at the below link:  https://www.straitstimes.com/world/tobacco-residue-on-furniture-and-walls-may-harm-infants-study

Director-General Lertpanya is technically correct–the FDPA’s broad definition of domestic violence can be interpreted to prosecute those who smoke at home.  Successful prosecution would require evidence that the second-hand or third-hand smoking causes or is likely to cause significant injury to the health of others.  However, it is possible for the Courts to accept this element of the crime as true without any need for case-by-case factual evidence.  Taking judicial notice of recognized studies, including official reports issued by government agencies such as the Ministry of Social Development and Human Security, the Courts can potentially penalize defendants based solely on evidence of their having smoked in the home.

Of course, this is not the same as an outright prohibition of smoking in the home.  The FDPA does not expressly prohibit smoking in the home—it does not even mention the word “smoking” anywhere in its language.  However, as explained above, judicial interpretation can effectively result in the FDPA being used to enforce such a ban.

The new FDPA becomes effective on August 20, 2019.  We will need to wait and see if the police and the Courts will extend its terms to prohibit smoking in the home as proposed by Director-General Lertpanya.